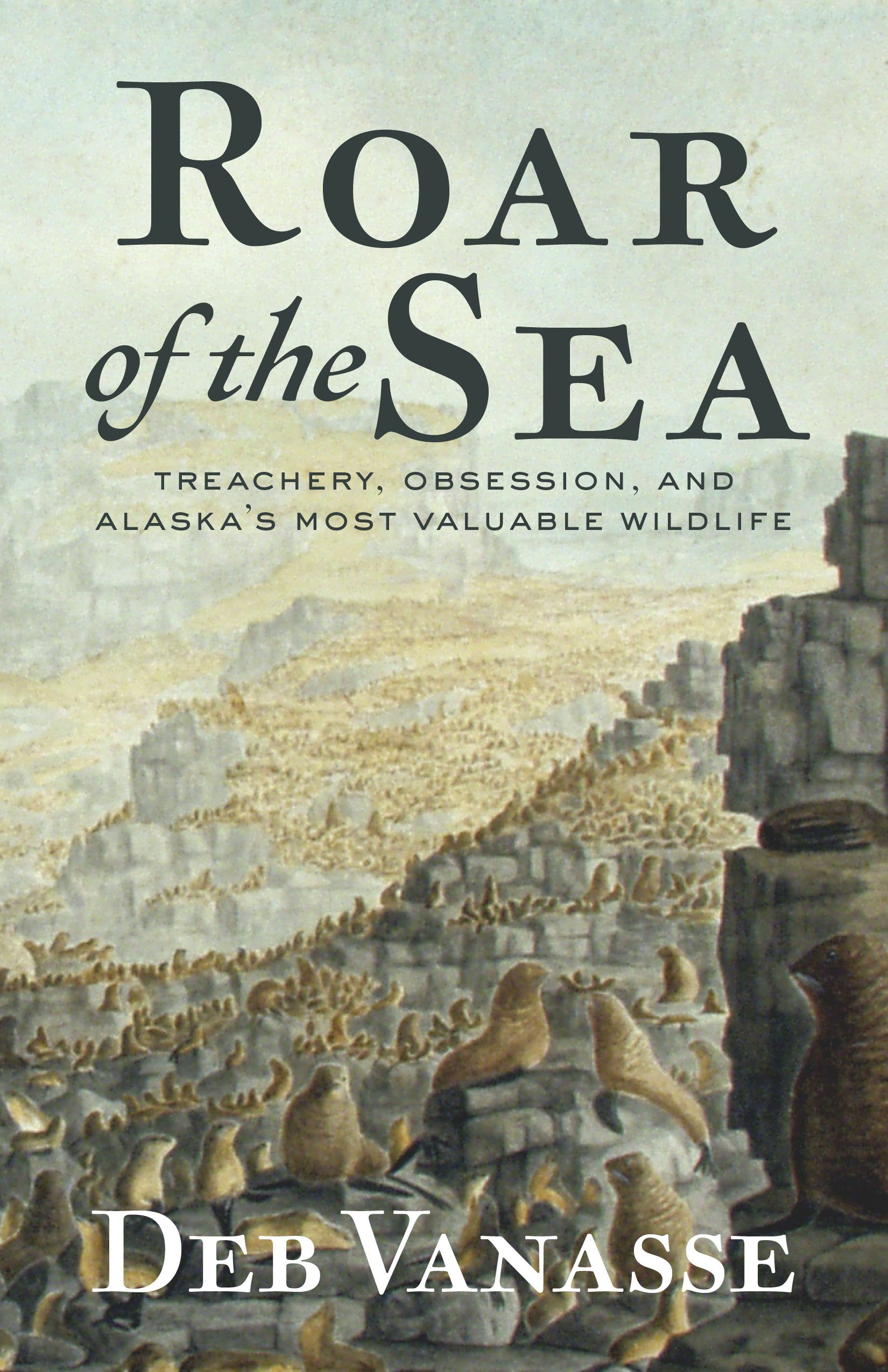 ROAR OF THE SEA

Featuring the real person who inspired Jack London's The Sea-Wolf, Roar of the Sea is a swashbuckling narrative of treachery and obsession involving pirates, fur seals, competing governments, and near war.

Over a century ago, treachery in Alaska's Bering Sea twice brought the world to the brink of war. The US seized Canadian vessels, Great Britain positioned warships to strike the US, and Americans killed Japanese pirates on US soil, all because of the fur seals that crowded onto the tiny Pribilof Islands.

The herd's population plummeted while notorious seafarers like Alex MacLean poached indiscriminately. Enter an unlikely crusader to defend the seals: self-taught artist and naturalist Henry Wood Elliott, whose zeal and love for the sea creatures urged him to go against all odds and take on giants of the sea. And yet as impossible as it seemed for him to win, Elliott helped expose corruption and set the course for the modern wildlife protections that the world grapples with today.

Carefully written and researched, Roar of the Sea reveals the incredible, never-before-told history of how one lone activist existing in the margins prevailed against national governments and corporate interests in the name of wildlife conservation.

Roar of the Sea vividly recreates one of the earliest battles between commerce and conservation: the struggle over the fate of the Pribilof Islands fur seals, once considered 'America's most valuable wildlife.' In this engrossing and timely book, Deb Vanasse shows how ego, ambition, and misinformation can collide with good science to the detriment of all—a lesson the world apparently still needs to learn."
—Gary Krist, author of The Mirage Factory and Empire of Sin

"The men who backed wholesale slaughter, the policy makers who argued that killing seals was the only way to save them, a sailing outlaw, and a naturalist whose self-sacrifice and persistence prevented an unnecessary extinction—it's all part of Deb Vanasse's wonderful Roar of the Sea, a detailed history important to all of us who love Alaska and the sea, who believe in conservation, and who look to the past to better understand the complexities of our modern world."
—Bill Streever, biologist and best-selling author of Cold and In Oceans Deep

"With dashing antiheroes, swashbuckling pirates, and adventures at sea, this vivid book is a rarity—an important piece of nonfiction chronicling a treacherous bit of history that reads like a keep-you-up-all-night page-turner. Vanasse is a gem."
—C.B. Bernard, author of Chasing Alaska: A Portrait of the Last Frontier Then and Now