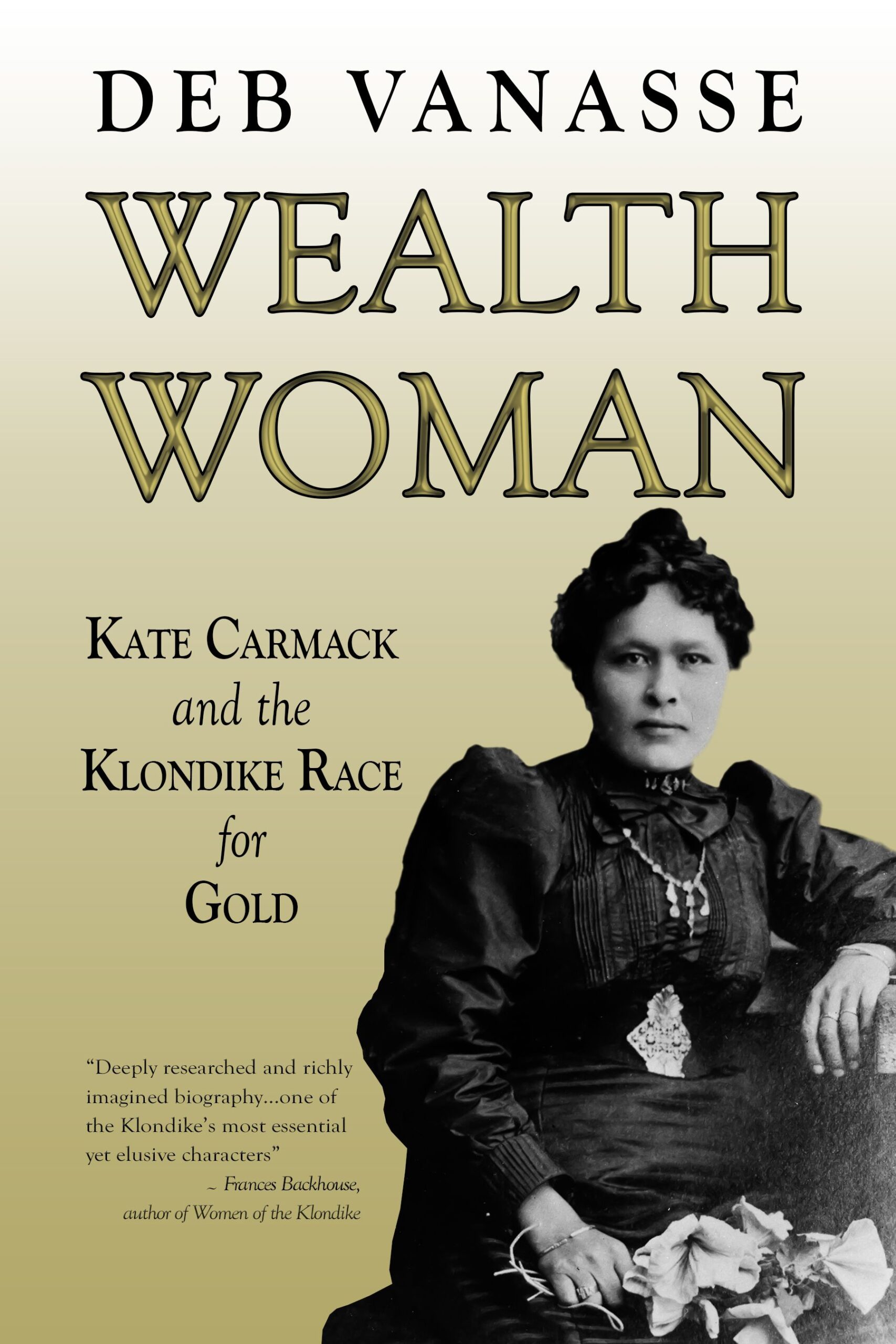 Kate Carmack and the Klondike Race for Gold

Recovering the lost story of a true pioneer and a fiercely independent woman, Wealth Woman brings gold rush Alaska to life in all its drama and glory. A True West “Best of the West” pick.

With the first headlines screaming “Gold! Gold! Gold!” in 1896, the Klondike Gold Rush was on—and it almost instantly became the stuff of legend. One of the key figures in the early discoveries that set off the gold rush was the Tagish wife of prospector George Carmack, Kate Carmack, whose fascinating story is told in full here for the first time.

In Wealth Woman, Deb Vanasse recounts Kate’s life from her early years on the frontier with George, through the history-making discovery of gold, and on to her subsequent fame, when she traveled alone down the West Coast through Washington and California, telling her story and fighting for her wealth, her family, and her reputation.

“A riveting story told by a brilliant writer.”

A very enjoyable biography of a woman on the cusp of change in the North. Recommended."

“Vanasse’s carefully researched, beautifully written biography, Wealth Woman, helps to fill many of the information gaps in the chronology of Kate’s event-filled multi-cultural life…There is much to learn, enjoy, and recommend in this book.”